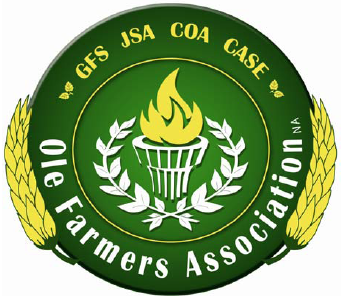 On Saturday December 10, 2016 the OFANA Northeast Region held its annual dinner dance and fundraiser at the Stamford Sheraton Hotel in Stamford, CT. The event was well supported and over 300 guests experienced an enjoyable and memorable evening of dancing and holiday festivities.

This year’s event was particularly significant as the region honored the founding members of OFANA, among who were Norma Jarrett, current President of OFANA, Wendell Codner, immediate Past President and current Public Relations Officer and Errol Webley, founding member. Additionally, Ms. Cecile Johnson, daughter of the late lecturer and educator, Dudley Johnson was honored for her continued support of OFANA’s activities.

Among the many invited guests were Dr. Derrick Deslandes and George Kates, the respective President and Board Chairman of the College of Agriculture, Science & Education, CASE, Lesleyann Samuel, President of the Union of Jamaican Alumni Associations, UJAA,   Vice Consul Denise Donaldson who represented the Consul General New York’s Office, Joan Pinnock, Esq., Diaspora Advisory Board Member, North East, USA and Denise McLaughlin, who represented the Jamaica Diaspora Agriculture Task Force.  All the invited guests that addressed the audience thanked OFANA for its vision and the many years of financial contribution to CASE. “I am pleased that OFANA has granted 25 scholarships to CASE students valued at $28.500 since 2012”, commented George Kates, Board Chairman. “OFANA continues its close collaboration with CASE and has decided to fund the Plant Tissue Culture Lab at the college”, concluded Derrick Deslandes, CASE President.

Following up on the successful OFANA Scholarship Program, OFANA has committed to fund a Plant Tissue Culture Lab on the main campus at CASE for an estimated cost $120,000. The main goal of this facility is to generate disease-free planting material in support of the national agriculture policy on food security. It will also provide practical competency-based training to students who are enrolled in the agriculture program as well as generating an income stream in later years.

In addition, the plant tissue culture facility is expected to greatly enhance CASE’s ability to improve and upgrade the skill set of both students and staff. It is anticipated that with this facility in place, along with the plant propagation center, the College will be able to establish itself as the premier center of excellence for reproduction of a wide range of planting material and fruit tree crops to service the Agricultural sector.

All proceeds from the event will go to support the OFANA scholarships as well as the Plant Tissue Culture Lab. OFANA President, Norma Jarrett thanked all attendees for their support as well as the committee members and region Vice President, Sharon Heath for hosting a successful event. Public Relations Officer, Wendell Codner further conducted a successful financial appeal to the audience in support of OFANA’s concurrent initiatives. This appeal is ongoing and the OFANA Executive continues to encourage all to make contributions to these causes. You can visit us at: http://www.olefarmer.com/ to make a contribution.

The evening’s festivities ended at around 2:00 am as people danced to the music of the popular DJ Roy Road International Disco.

The Ole Farmers Association is incorporated under the US Internal Revenue Code, Section 501 © (3) and is operated through regional chapters in the US and in Canada. The Executive meets once per month to conduct the association’s business.