GraceKennedy plans to pump more money in its post-harvest and packaging facility in Hounslow, St Elizabeth. 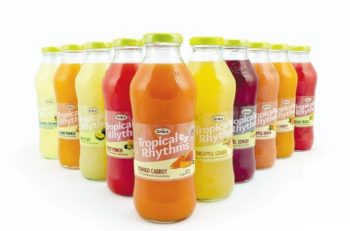 CEO of the conglomerate, Don Wehby, told the Jamaica Observer that the company is now in talks with the Minister of Agriculture Karl Samuda and will be engaging farmers in Hounslow, St Elizabeth, as it moves “to significantly increase investment in the agriculture sector”.

“I’m going to be making a formal announcement very soon,” Wehby told the Business Observer yesterday, the day of the company’s 95th anniversary.

GraceKennedy opened its Hounslow facility in 2011 after investing more than $43 million to set up the plant. The company also contracted farmers to supply over 45,000 pounds of peppers, among other vegetables, allowing AgroGrace to become net earner of foreign exchange instead of importing peppermash — the raw material used to manufacture jerk seasonings and spicy sauces.

“That has really given us the energy and the motivation to double our efforts and support our farmers by finding new markets,” Wehby reasoned. He was, however, mum on what the total additional investment would be.

The company currently exports pepper mash to the United States, Europe, and the Caribbean, in addition to supplying local agro-processors, but has its eye on new markets.

Wehby added that GraceKennedy will also be expanding its line of ‘Fresh N’ Ready’ packaged vegetables.

Additional investment will also be made in the production of Tropical Rhythms juices, according to the CEO, as the company strategically focuses on increasing international revenue earnings from 20 per cent to 60 per cent by 2020.

In 2015, GraceKennedy invested US$200,000 on recyclable plastic labels in its aim of becoming a global consumer group by 2020. The company anticipated a minimum of 20 per cent return on investment within the first year of relaunch from an increase in market share across all its major global markets, including the United States, United Kingdom and Africa.

“Tropical Rhythms has become a real big seller in the US and we made a decision after long deliberation and calculation to bring back the production of Tropical Rhythms to Jamaica. We have reinvested in our factory and with energy cost this low we should be competitive.

“Having done that, we are now encouraged to produce goods that are being made outside of Jamaica, in Jamaica at a competitive price and great quality. So that is going to be a big boost for the company, Jamaica and earning foreign exchange,” he said.